In particular, the project aims:

The purpose of this project is to understand what kind of social identity change is going on within European societies, and from this analysis to gather suggestions to improve the efficiency of policies operating in/for the sake of a post-crisis scenario.

To this end, the project pursues the following goals:

Architecture of the Project 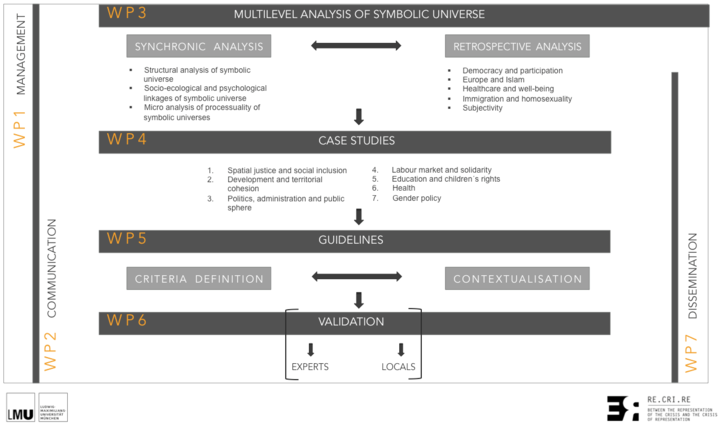